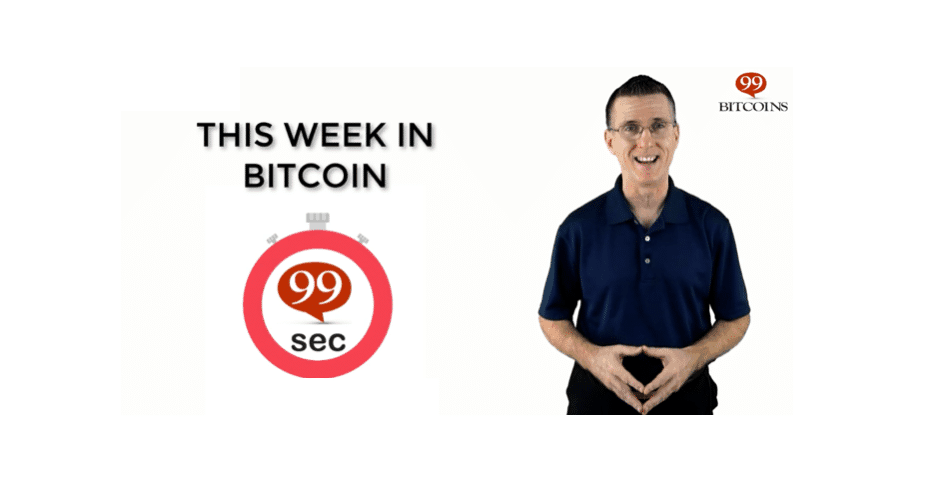 Here’s what happened this week in Bitcoin in 99 seconds.

The price upswing of Bitcoin this week was attributed to bullishness over a possible Bitcoin ETF and also Chinese inflows following the devaluation of the Yuan as a response to Trump’s new trade tariffs.

The Chicago Mercantile Exchange tweeted that Bitcoin futures trading volume had grown by 93% over the second quarter of this year. Much of the buzz this week was around the likelihood of the SEC approving the Chicago Board of Exchange’s application for a Bitcoin Exchange Traded Fund.

The SEC rejected the Winklevoss twins’ application for a similar Bitcoin ETF earlier this week. The SEC contends that Bitcoin is too susceptible to manipulation, fraud and money laundering. This tempered expectations regarding the approval of the CBOE-based application, although SEC Commissioner, Hester M. Peirce, did disagree with the negative verdict.

Bitmain, the world’s largest ASIC manufacturer also known for its several large mining pools, claimed to only control 4% of Bitcoin hashrate. This claim met with disbelief from the community, notably Core developer, Luke Dash Junior. Bitmain further claimed to have only about 0.1% of Ethereum’s hashrate.

Google announced it would ban crypto mining apps from its Play Store. This is actually good news, as most of these apps are scams in one way or another. Smartphones lack the processing power to efficiently mine any major crypto. Apps which allow for remote management of mining operations are still being decided upon.

That’s what happened this week in Bitcoin. See you next week.