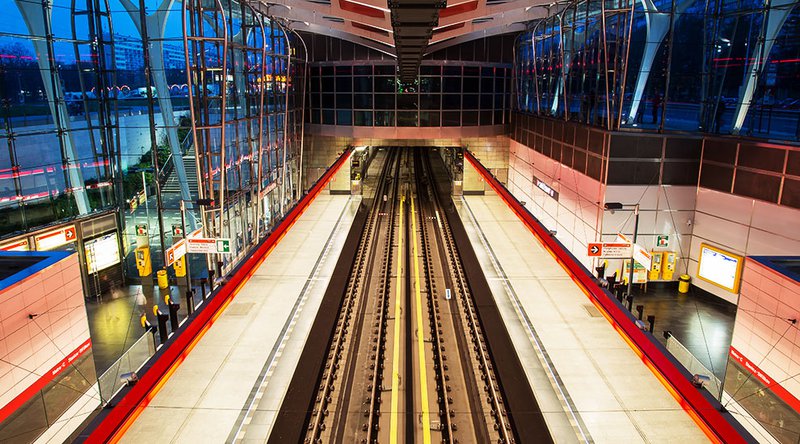 GENERAL BYTES, a Prague-based bitcoin ATM manufacturer, has installed 10 new cryptocurrency ATMs throughout the Prague subway. With this latest move, commuters using the busy Prague Metro can buy and sell virtual currencies on the go. One of the busiest metros in Europe, over 1.2 million people pass through the Prague subway daily.

The company published an update on its website where it provides a detailed description of the location of each ATM. The new machines were installed in Můstek, Nádraží Veleslavín, Dejvická, Florenc, Černý Most, Zličín, Pankrác, Flora, Skalka and Hlavní Nádraží.

According to Coinatmradar.com, the Czech Republic now has 46 bitcoin ATMs, with 34 of these ATMs concentrated in Prague. Of the 3,138 bitcoin ATMs manufactured globally, GENERAL BYTES has now manufactured 27.63 percent, with their machines installed in every major city in the world. Their ATMs support the purchase and sale of bitcoin, litecoin, dash and monero.

In conversation with Bitcoin Magazine, Martijn Wismeijer, Marketing Manager of GENERAL BYTES, described his company as “veterans in the blockchain space who have been there from the very beginning.” He pointed out that the company was “the first to introduce sending cryptos via email” as well as the creator of the first BATMOne models.

Wismeijer said his company offers “seven different cryptocurrency ATM models as well as a point-of-sale (POS) called CortexPay.” These crypto ATM models are all based on a similar code base; however, he also explained that, even though the machines were similar in code base, there are some minor differences in the hardware design and a range of additional features. These features include the capacity of the acceptor, dispenser and recycler combinations as well as the acceptance of multi-currencies on a single machine.

The ATM models are called the BATM series ATM. BATM is the name of the platform created by GENERAL BYTES for producing the ATMs. These machines are further divided into the BATMTwo series (one-way and two-way options) and the BATMThree series ATMs.

According to Wismeijer, the one-way BATMTwo series ATMs were chosen for this project as there are already many two-way ATM locations in and around the city. “Installing the one-way BATMTwo models allows GENERAL BYTES to showcase the possibilities that abound for clients brand-wise with the optional BATMStand which transforms the machines into a free-standing unit.”

Wismeijer explained that clients can either run and maintain their servers or they can use the company’s cloud-hosted server, which allows operators to run their software on GENERAL BYTES’ server for a small fee.

Prague has been a growing hotspot for everything crypto for a while now.

There hasn’t been much definition or regulation of virtual currencies in the Czech Republic, and the government is seen to be somewhat friendly to cryptos.

The subject matter is, however, being discussed in government circles as the Czech National Bank published a paper titled “Don’t be Afraid of Bitcoin,” where it declared that “Prague is home to a strong community of cryptocurrency users,” while playing down the potential threats of cryptocurrency to the traditional monetary system.

Last year, Alza became the “first large European retailer” to add cryptocurrency payments to its website and install two bitcoin ATMs in its showroom locations in Prague and Bratislava.