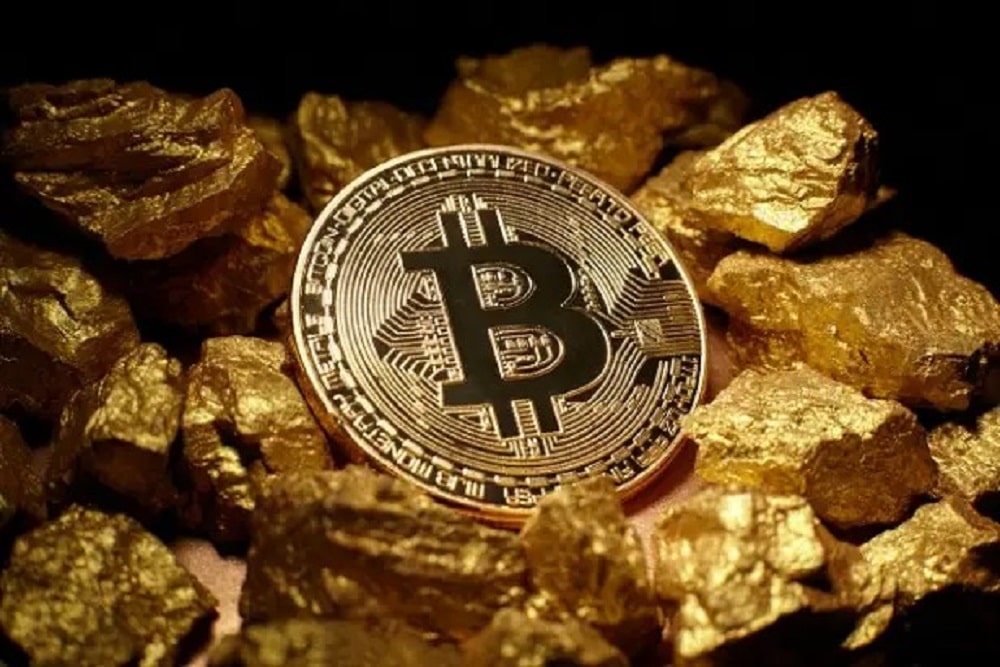 Rick Rieder, Chief Information Officer (CIO) of fixed income for New York-based asset manager, BlackRock has become the latest to throw his weight behind Bitcoin as a potential replacement for gold.

Rieder shared his thoughts on the subject in a CNBC Squawk Box appearance today, arguing that Bitcoin and cryptocurrencies are ‘here to stay’ primarily because of Millenials’ receptivity to technology and digital payment systems.

His opinion contrasted that of JP Morgan CEO Jamie Dimon who said earlier this week that the government would be to regulate [suppress] Bitcoin if the price continues to grow.

Rieder told CNBC that he believes Bitcoin will claim a large portion of the current market for gold. He described Bitcoin as “a durable mechanism that will take the place of gold to a large extent.” Rieder explained with an example that the cryptocurrency is more functional than “passing a bar of gold around” and can also be easily traced.

Meanwhile, the BlackRock Exec clarified that he doesn’t hold Bitcoin or include it much in his business or corporate portfolio. He also mentioned that not someone to reckon with in predicting bullish price and cannot exactly say that Bitcoin is worth its current price above $18,000.

“It’s hard to say whether it’s [#btc] worth the price it is trading at today. But do I think it is a durable mechanism that–do I think could replace gold to a large extent? Yeah I do, because it’s so much more functional,” says BlackRock’s Rick Rieder. #bitcoin #cryptocurrency. pic.twitter.com/ipwr22xwZ1

Rieder’s BlackRock currently does not hold any know substantial investments in the Bitcoin space but holds $7.3 trillion of client assets under management. BlackRock is the world’s largest asset manager, and at some point last year had been exploring crypto assets.

Affiliate: Get a Ledger Nano X device for $119 so hackers won’t steal your crypto.