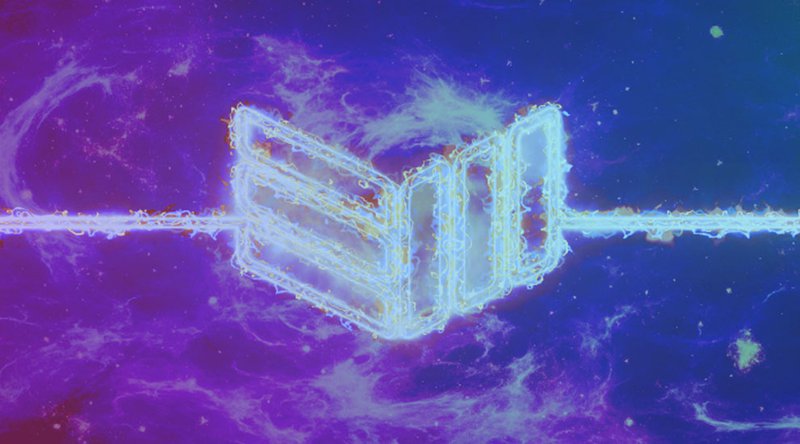 After years of conceptualization and development, the first Lightning implementations are now in beta. As a result, more nodes are appearing online every day, a growing number of users are opening channels with one another, and some merchants even started to accept Lightning payments.

But of course, these are still the very early days of the Lightning Network. While the main implementations are usable and some wallets and other applications are available, Bitcoinu2019s overlay payment network is projected to improve over the next few years in areas ranging from network architecture to security and usability, and more.

These are some of the more important Lightning projects currently in development.

However, in this early stage of development, payment channels can only be funded by one of the two parties. The funding party must first make a transaction to his counterparty; only then can that counterparty return a payment within the same payment channel.

The Lightning Network white paper, however, proposed dual-funded channels, for which a specification proposal has now also been made by ACINQ, the company behind eclair. As the name suggests, dual-funded channels will let both users partly fund a payment channel by each depositing some bitcoin. This should bring more flexibility to the Lightning user experience, as users can immediately send as well as receive payment after having opened a channel.

In order to make a Lightning payment, users must deposit funds in a Lightning channel. Once in a channel, these funds cannot be sent to regular (on-chain) Bitcoin addresses (unless the channel is first closed). This means that bitcoin in a Lightning channel is somewhat separated from bitcoin in a regular wallet, not unlike how money in a checking account is somewhat separated from money in a savings account.

But there are solutions to make switching between Lightning and on-chain payments more seamless.

One solution is Submarine Swaps. Developed by Alex Bosworth (but conceptualized by Lightning Labs CTO Olaoluwa Osuntokun even before that), Submarine Swaps essentially let users send Lightning payments to a middleman on the Lightning Network; that middleman will send a corresponding amount of bitcoin to a regular (on-chain) Bitcoin address. It also works the other way around: users can send regular on-chain payments to the middleman; that middleman will then send a corresponding amount of bitcoin to a receiving Lightning node on the Lightning Network.

Importantly, with Submarine Swaps, this conversion is done u201catomically.u201d Using a trick that is already embedded in the Lightning Network, the Lightning payment and the on-chain payment can effectively be linked to each other. This makes it impossible for the middleman to steal funds by not forwarding the payment. (In agreement with the users, he could charge a small fee for his service.)

Another solution to make the Lightning user experience more seamless is called u201csplicing.u201d In essence, splicing would let a user u201ctop upu201d funds in an existing Lightning channel, or u201cdrainu201d funds from it, potentially while keeping the channel open.

The idea is simple. Any Lightning channel starts with an opening transaction, which ensures that both users consent to moving the funds in the channel. The rest of the Lightning channel consists of a series of subsequent transactions exchanged between the users, which arenu2019t usually broadcast to the Bitcoin network. The funds in the opening transaction donu2019t move until the channel is closed.

Conversely, when they u201csplice out,u201d users take the opening transaction to send funds to a regular (on-chain) address, and potentially keep some of it in the channel using the same trick. This way, users can make on-chain transactions straight out of a Lightning channel.

Each time a new payment is made, Lightning channels between users are updated to reflect their mutual balances. The trick used to accomplish this currently includes a penalty for users who try to cheat by broadcasting an older balance (presumably because that older balance would pay them more). Cheating users can lose all the funds they have in a channel.

The problem is that the broadcasting of old balances is not always a cheating attempt. There are a number of scenarios in which users can accidentally broadcast an older balance; for example, because of a software bug or a backup gone wrong. In such scenarios, a complete loss of channel funds is quite a heavy punishment.

First published on April 30, 2018, eltoo is the newest proposal featured in this article. u00a0Developed by Blockstreamu2019s c-lightning development team u2014 Dr. Christian Decker and Rusty Russell u2014 and Lightning Labsu2019 Osuntokun, eltoo updates a channel by building a chain of time-locked transactions, where each transaction spends funds from the previous one to reflect the latest channel balance.

If this soft fork is adopted and activated on the Bitcoin network, Lightning users could create channels in both the current style and by using eltoo, depending on what they prefer.

While the Lightning Network is a second-layer protocol, the Bitcoin blockchain itself is still relevant for Lightning users for security purposes. Specifically, Lightning users must keep an eye on the blockchain to see if specific transactions are included. This can be resource intensive, in particular for mobile users.

A solution for this is called Simplified Payment Verification (SPV) and was described in the Bitcoin white paper. Current SPV wallets use a trick called u201cBloom filtersu201d to find out whether any relevant transactions happened.

Unfortunately, Bloom filters are rather privacy-unfriendly, as wallets essentially reveal all of their addresses to nodes on the Bitcoin network. They also have some scaling and usability issues, as each individual SPV wallet takes up resources from at least one full Bitcoin node.

To tackle these issues, Lightning Labsu2019 Osuntokun and Alex Akselrod, along with Coinbase developer Jim Posen, designed a new solution called u201ccompact client-side block filtering,u201d which they are implementing in the Neutrino wallet.

Compact client-side block filtering essentially inverts the trick that current SPV wallets use. Instead of wallets requesting transactions relevant to them by creating and sending out a Bloom filter to full nodes, full nodes create a filter for all Neutrino wallets. The Neutrino wallet then uses this filter to establish that the relevant transaction did not happen u2014 which is really all that users need to know to be sure they are not being cheated. (If the filter produces a match, Neutrino fetches the relevant block to see if the match really concerns the exact transaction instead of a false positive.)

Interestingly, while this trick was designed with the Lightning experience in mind, it could be utilized to benefit regular light wallets as well.

To avoid being cheated, Lightning users must keep track of potential on-chain transactions that could be relevant to them.

While compact client-side block filtering should make things much easier, users do need to u201ccheck inu201d once in a while to make sure theyu2019re not being cheated. If they forget to check, it creates a security risk.

Current Watchtower designs are not set in stone but would roughly work like this. Whenever users update a channel, they send a small data package to a Watchtower. The first part of this package is a u201chintu201d of a transaction they should look out for, as if it were a piece of a puzzle. This hint alone doesnu2019t reveal anything about the content of the transaction that the Watchtower must look out for; users donu2019t give up any privacy in this sense.

Users can outsource channel monitoring to multiple Watchtowers. Even if one fails, another might not, limiting the risk for Lightning users to the point where itu2019s arguably negligible.

What makes the Lightning Network a network is that the payment channels between users are interconnected. Users can pay across payment channels, through peers on the network that act as u201cmiddlemen,u201d to users they donu2019t have a direct channel open with.

However, right now a single payment must be routed over a single route. If one user wants to pay 5 mBTC to another, not only must he have 5 mBTC in a single channel, all the middlemen on the route must also have 5 mBTC ready in a channel to forward. The bigger a payment is, the smaller the odds of this being the case.

Atomic Multi-Path Payments (AMPs) could go a long way of solving this limitation. First proposed by Lightning Labsu2019 Osuntokun and Conner Fromknecht, the idea is simple: Larger payments can be u201ccut upu201d into smaller pieces, all of which have their own route from the payer to the payee, through different middlemen.

A challenge to realize this solution is that Lightning payments can fail, which would in this case mean that a payment is made partially. Partial payments can easily be a bigger problem than no payment at all, however: a merchant wonu2019t be satisfied with a partial payment, while a customer wonu2019t be happy spending any money for nothing.

The solution to this problem is that AMPs use an extension to the hash time-locked contracts, which are already used along Lightning routes and involve passing secret data along a network. Using a trick similar to the one used by deterministic wallets (which generate multiple Bitcoin addresses from a single seed), the smaller pieces of a larger payment can only be redeemed by the payee if all of them are: if some secret data doesnu2019t make it through the route whole, the entire payment fails.

Interestingly, these networks donu2019t need to remain separated in the future.

Using a fundamental building block of the Lightning Network called u201catomic swapsu201d (first proposed by Tier Nolan and realized on Lightning by Lightning Labsu2019 Fromknecht), payment channels can be linked across different blockchains. In other words, a user can send bitcoin, and as long as a node on the network is willing to make the exchange, another user can receive the payment as litecoin.

Of course, this also means that users can send such payments to themselves: they can send bitcoin and receive litecoin. In effect, the Lightning Network could establish a network of trustless cryptocurrency exchanges.

For more information on this topic, see: u201cAtomic Swaps: How the Lightning Network Extends to Altcoins.u201d

The main benefit of the Lightning Network is arguably its potential to vastly increase the upper limit of bitcoin transactions without burdening the Bitcoin network. As long as two users both have funds in their channel, they can pay each other a virtually unlimited number of times, while only requiring two on-chain transactions: one to open a payment channel and one to close it.

Still, two transactions per payment channel could add up if Bitcoin and the Lightning Network gain more adoption over time.

Loosely based on an earlier Lightning-like proposal by Decker and Wattenhofer from 2015, Channel Factories are a type of payment channel that can exist among many users. Meanwhile, like any payment channel, a Channel Factory only ever requires two on-chain transactions. (If Schnorr signatures are implemented on Bitcoin, these transactions could be quite compact, even if it involves many users.)

The Channel Factories can, in turn, act sort of like u201csub-channelsu201d for the Lightning Network. Participants within a Channel Factory can open and close a virtually unlimited number of Lightning channels with each other, without requiring any additional on-chain transactions. By doing so, they could, in theory, bring the number of required on-chain transactions for the Lightning Network down by a magnitude.